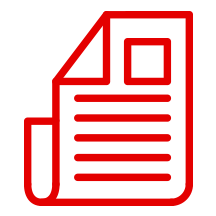 2) discount ticket can be purchased:

2) persons referred to in paragraph. 1 point 2:

3) persons referred to in paragraph. 1 point 2 point a and b when traveling by public transportation - are entitled to a discount of 50%;

4) tickets with the agglomeration stamp entitle to:

a) on the basis of the ticket only - an unlimited number of journeys on board REGIO category trains run by Przewozy Regionalne and 2 class passenger trains run by Koleje Dolnośląskie, between every station on route indicated on the ticket.
b) on the basis of the stamp - to an unlimited number of journeys by public transportation within the city of Wroclaw, on all normal and express lines;

6) The tickets are valid from the date of issue or indicated by the purchaser, and are subject to the applicable presale terms.

1)Entitling to journeys defined in section 2 point 4, a and b, are personal route return tickets issued by Przewozy Regionalne jointly with a stamp and a ID document.

3) the owner of the ticket is not entitled to compensation or partial refund in the event of a partial restriction of movement of trains;

4) if during travel the passenger declares that:

a) has a personal route ticket, but fails to show the ticket for inspection,
b) has a right to a concession fare and shows the ticket for inspection but fails to show a document certifying this right, the return (depreciation) of fines paid on the train (indicated in the request for payment) tariff and additional fee - after deduction (payment) of the manipulation fee - maybe be received only through formal complaint process.

5) if during travel by public transportation the passenger declares that it is entitled to a concession fare, and shows the ticket for inspection but fails to show a document certifying this right, then no extra charge is applicable only if the passenger shows the mentioned document to the inspector or his employer within 5 working days.

6) In the event that the ticket used by a person other than the indicated on the ticket or a person without the right a concession fare, the ticket is considered invalid, a person shall be treated as a passenger without a valid ticket,

7) laminating tickets, exchange of ticket for a valid for travel in another class, route, trains of different category, or trains of another carrier, extension of its validity, is not allowed,

8) lost, damaged, stolen or laminated tickets are nonrefundable and no duplicate is issued, even in the event when law enforcement agencies are notified.

4. Changing the contract of carriage

1) Changing the category of train, passing beyond the destination station, taking a loner route or another route is not allowed,

2) the transition to a train operated by another carrier is not allowed.

Prices and area of validity of integrated tickets for the Grater Wroclaw Agglomeration area can be found in the attachments below.